A Pretty Girl With Braces – The Art of the Up-sell 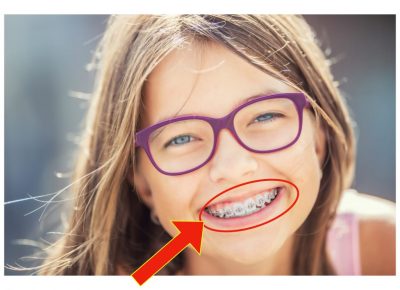 Let’s look at why the up-sell is often more important to the customer than the sales agent. More than 25 years ago, I was canvassing door-to-door near an installation in progress in Columbus, Ohio. I stopped by the job-site to check on the progress, just as the crew was cleaning up. It was a vinyl siding project that they had completed and the crew looked tired after a long day. The foreman had come out to the sidewalk where I was standing to get a better look at the home from a distance. He was a prideful man and he was eager for that feeling of gratification that one receives after a job well done. His eyes scanned the entire house for any imperfections. After a few seconds of admiring his completed work, he began to focus on two older windows that were still original to the home. He was visibly frustrated at the two old metal windows because they detracted from the appearance of his latest masterpiece. Shaking his head in disappointment, this bearded country bumpkin looked at me, then looked back at the home and said “Now that looks like a pretty girl with braces!” I immediately burst into laughter. That was the perfect analogy to describe this recently remodeled home.

Sometimes the up-sell is what makes the project a success

The scope of work that our company had completed was flawless but the homeowner’s decision to leave the two original metal windows (didn’t take the up-sell) in the home had compromised the final outcome. Since that day, I have never forgotten that phrase “a pretty girl with braces.” In fact, it has become an absolute favorite of mine. But I don’t love the phrase simply because I find it funny, I love it because it has made me an absolute fortune over the years. You see, every single time I find myself visiting with a prospective customer who is on the fence about spending the extra money for the additional work I am proposing, I tell the story of the house in Columbus, Ohio that looked like a pretty girl with braces. And almost every single time, the homeowner reaches deeper in to their pockets to make absolutely certain that their project doesn’t end up falling short of it’s full potential. There is just something incredibly powerful about a good analogy.

I have heard other examples that fall in to the same category like “putting lipstick on a pig” or “sprinkling sugar on a turd” but none of them harness the power of “a pretty girl with braces.” So the next time you have a prospective customer on the fence about whether or not they should go the extra mile (take the up-sell) or spend the extra dime, tell them how badly you want them to avoid the feeling of regret and disappointment that they will have when the job is complete and they are staring face-to-face with a pretty girl with braces. For more great tips like this, come to LEADCON 2020 in Baltimore. Tickets available  online NOW!